The continuing saga of gaming versus time, while being a responsible adult.

I’ve had some pretty odd times as far as gaming goes since my last 8-bit Friday’s posting. By that I mean opportunities have presented themselves that have allowed me to play games in the middle of the day, and even on weekdays since that time. At the same time though a lot of long weeks and even weekends have lead to Friday’s and Saturdays of my wife and I passing out on the couch by 10:30 PM and heading quickly to bed after one we had enough energy to make it there. So late night gameplay on the weekends lately has been pretty hit or miss.

As a plus though, I’ve also gotten a Retron 5 and its taken the place of my original NES, and SNES in my living room, although my SMS still remains. The Retron 5 is nice to have since it has a wireless controller that allows me to go beyond cord length and having to stand directly in front of the TV to play a game. On the rare occasion I have played at night recently it’s been nice to sit down on the couch and do so, and made the scenario a bit more comfortable.
As far as games, as of this article I have a small pile begging to build up again including; SMS, NES, SNES, PS1, PS3, Wii, Jaguar, and Atari 2600 games, plus a few others. But, trying to keep up with my 8-bit Friday tradition I did make a couple game purchases this evening.
They include:
Xexyz – This NES game that is pretty obscure, but well recommended by those who know it.
Little Nemo: Dream Master – This actually is a pretty well known game. It has some mixed reviews, but most of it is positive.
As far as gameplay for this evening: 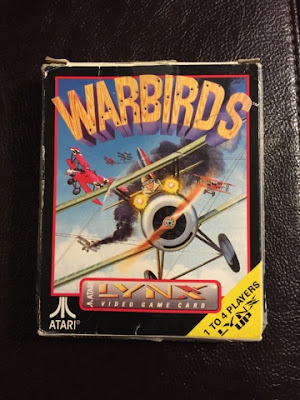 Warbirds – This Atari Lynx game was once a pack-in for the Lynx 2. It’s actually a pretty good game, which is on par from what I’ve experienced with the Lynx so far. It reminds me of being a portable version of Sierra’s Red Baron, but perhaps a little more arcade like. 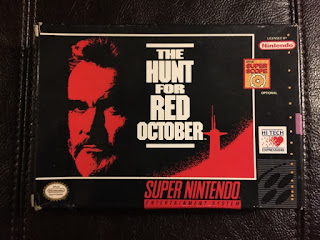 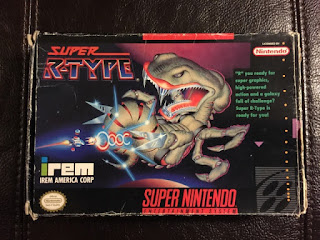 Super R-Type – After getting a little annoyed with The Hunt for Red October I plugged this bad boy in. Classic side scrolling space shooter, with those nice 16-bit SNES graphics. Great game, but the only issue was that by 1 AM when I plugged it in my reaction times and patience where a little off, so not the best time to a game like this. In my book it’s a great game I will have to come back to later. 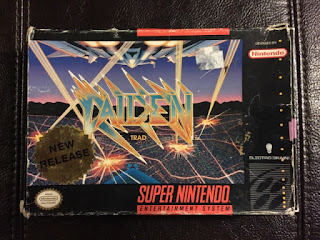 Raiden Trad – Also on the SNES, as you can tell I’m expanding my SNES collection. Your probably saying to yourself “If he was too tired to play R-Type than why play Raiden?”. The truth is I’ve been waiting to play this for a while, and of course it’s a matter of time too isn’t it? Ok, so this game is really good, after all it’s a Raiden game. Of course doing an apples to apples comparison of the SNES’s Raiden Trad and to the Atari Jaguars Raiden it’s obvious the Jaguar version has a leg up on the SNES version. The Jaguars version looks like it’s on an arcade machine, being very crisp and fast. The SNES version however looks great, but still looks like it’s on a 16-bit machine. With that said it’s a great game and worth playing a little more.

Well that’s my entry (and first one) for my 8-bit Fridays diary. Of course not much in the way of 8-bit games being played this evening, but there are a few 8-bit games on my playlist like Psycho Fox, Action Fighter, and Solstice. Although the latter needs a q-tip and alcohol cleaning, and the other two are SMS games which require a little messing around with the SMS and its controller, but hopefully I can spend some time on those over the remainder of weekend.