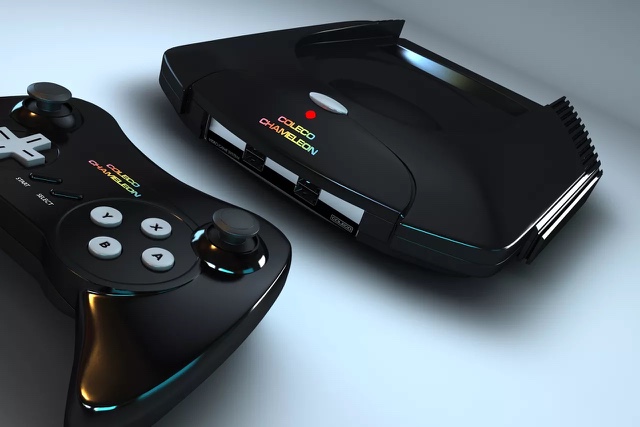 Perhaps this story is just more white noise, but I felt I had to follow up on a topic mentioned in my Coleco Gemini and I article from Friday. In it I mentioned the Coleco Chameleon, which at the time of writing that article seemed doomed, but it’s fate was still unclear. As it turns out last week was pretty big week for the Chameleon as rumors changed to facts, between the beginning and end of the week.

As it stands:
-Coleco officially withdrew its name from the Chameleon.
And
-Retro VGS/Chameleon has shut down its website and Facebook page
Additionally, details are beginning to emerge (although still basically rumors) of various marketing schemes, and massive engineering issues that occurred with creating this product. So far most of it just seems kind of shady and in a grey area, but nothing particularly indicating an attempt to defraud the public, or to commit any other criminal actions.
The current issue among retro gamers is that the initial Retro VGS project, and Coleco Chameleon project have left a lot of distrust and hurt feelings in their wake. When the system was the Retro VGS, the project heads and marketing team seemed to be somewhat adversarial towards the press, and potential customers. It wasn’t uncommon to see Retro VGS marketing replying to press and customers in a snarky and sometimes mean spirited nature on Facebook and Twitter especially when hard hitting questions where asked about the system. When combined with the strange crowdfunding switch from Kickstarter to Indiegogo and the projected $700+ system cost, the project became even more inflamed and crashed and burned before it could get off the ground.
The Chameleon resurrection bought new life to the project, and seemed to indicate that kinks had been worked out, and concept improvements made. At the 2016 New York Toy Fair however, all that came to a cataclysmic end when the Chameleon demo unit was determined to be nothing more then a video capture card in a transparent Jaguar case. Meaning after all this time concept creators had still yet to produce an actual working prototype. Perhaps if they hadn’t used a transparent shell, the project may still be underway, but who knows? Right now the project is being portrayed as modern day snake oil, and with an alienated press and jaded customer base the project may just have gone the way of the dinosaurs. 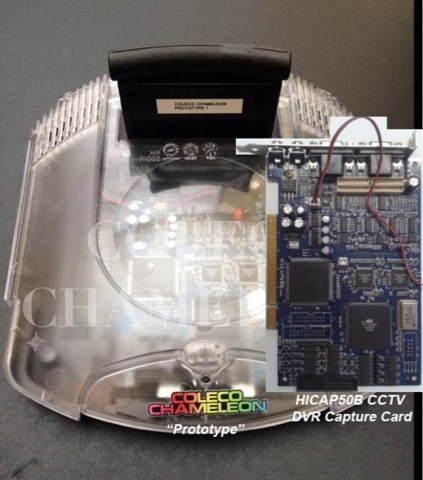 Above photo of Chameleon and the identified off-the-shelf video capture card at 2016 New York Toy Fair.

It’s easy to jump to conclusions in this matter, and I think many have, especially since there seems to be a general sense among many video game journalist that now’s the time to grab the torches and pitchforks, and drag the VGS/Chameleon creators (one in particular, who I won’t name) to justice. I will openly admit that many of these journalists raise very valid arguments, but at the same time though there is a sense that some of them are just jumping on the bandwagon, or seeking a pound of flesh for past treatment. Although, things were very shady on Retro VGS’s end, I do need to point out that it honestly looks like Retro VGS was trying to create a system and not some major scam, and this is something many haven’t taken into account.
Yes I said it, I honestly do believe they wanted to give us a system. With that stated though, I also believe that the way they went about doing it was completely wrong, and garnered a lot of negative attention and enemies along the way. Thanks to that I think we can now assume the system is formally committed to oblivion, and the chance of a second resurrection seems highly unlikely. Of course only time will tell, and it will be interesting to see what is revealed to us in coming weeks and months.