The Coleco Gemini and I

It’s weird to hear the name Coleco being thrown around again as a hot topic, and even being dragged through the mud. Right now the big topic is the Coleco Chameleon, with its Phoenix like resurrection from the flames of the Retro VGS debacle. Of course this was quickly followed up by its return to infamy after its appearance at the New York Toy Fair in February 2016 as allegedly nothing more then a video capture card in an Atari Jaguar case. So as some run forth to pronounce the project dead, others are patiently waiting to see what will ultimately happen.

For many Atari 2600 collectors and devotees, the Coleco Gemini is somewhat of an enigma. It’s regarded as the best Atari 2600 model of them all, yet it’s not an Atari product, licensed or otherwise. Despite that it’s controllers and games are completely compatible with the Atari 2600. 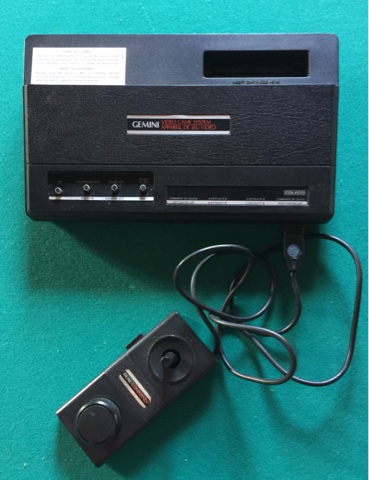 For anyone who knows anything about generation 2 systems before the crash, the proliferation of games and clone systems reverse engineered from the Atari 2600 was a common story. Among one of the biggest reverse engineering culprits was Coleco. Now, despite the Colecovision being considered to be a superior system to the Atari 2600, Coleco decided that after years of Atari garnering the spotlight and offering arcade ports of some of the best titles, they would do the unthinkable. In order to win over Atari 2600 players, or those debating which system to buy, Coleco made its Colecovision system moduler, and offered a module that could play Atari 2600 games on the Colecovision. As I heard one podcaster put it “imagine Microsoft adding a component that could play PS4 games on the XBox One, it’s basically the exact same concept”. Atari immediately filed a lawsuit against Coleco, but instead of producing a judgment in Atari’s favor the court cleared Coleco on the basis of it not using Atari parts to produce its systems. At that, a weakness in Atari’s proprietary armor had been found, and it would be exploited even further finally cascading into the game crash of 83′.
In addition to the Atari 2600 module, Coleco also did one other sneaky thing and introduced the module in a free standing form as the Coleco Gemini. The Gemini had the benefit of 5 years of technological advancements, since the introduction of the Atari VCS (2600), and the unit was smaller, lighter, and boasted better controllers than the 2600. 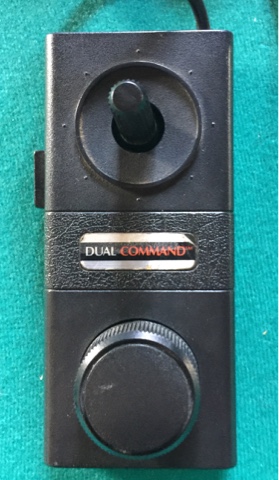 As a matter of fact the controllers were one of the systems most prominent features, and the reason the system was called the Gemini. Unlike the Atari 2600 which had completely separate joystick and paddle controllers, the Gemini featured both on one controller. This option made gaming on the system incredibly convenient as one only had to switch cartridges, and not controllers as well, to go from games like Pac-Man to Night Driver. Not to mention the Gemini’s controllers especially its paddle, worked better overall and stayed consistent from one paddle game to the next. Than there was the Gemini’s size, which is just a little smaller then the Atari 7800 which would come later. But, for its time it was small, especially compared to the Atari 2600’s “Sixer’s” and late model four switch units. 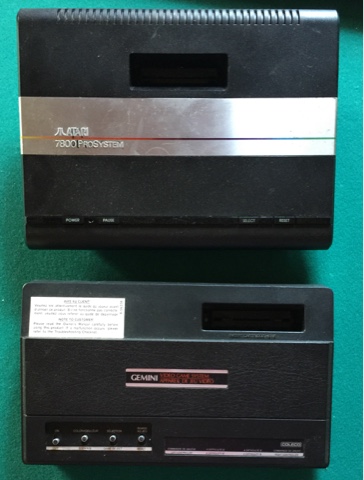 The Gemini (bottom) and Atari 7800 (top) for size comparison.

Despite all that and the more then 30 million units sold, the Gemini remains a relatively obscure console in the Atari 2600’s history, and in the annals of video gaming period. It’s all too often overshadowed by the Colecovision and its Atari 2600 module. For those of us who had this system, however it was hard to forget. My family had two of these when I was younger, one bought after the other was taken out by a power surge. The Gemini was my introduction to Atari 2600 gaming, and frankly it’s controller and the fact that Donkey Kong came as one of its pack-ins, spoiled me. 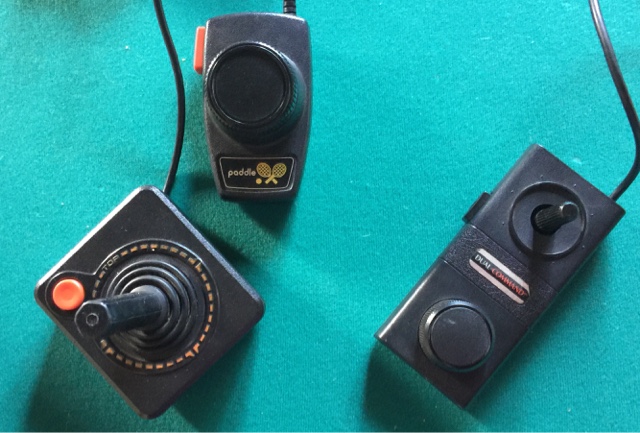 In 2013 when I got an Atati 2600 Jr., I found myself a bit let down by the simple Atari controller and the separate paddle system, and quickly found myself yearning for my old Gemini all in one controllers.  So about two years later I was finally able to come by one of these now elusive systems on eBay. Once I got it plugged in, it was amazing how quickly things came back to me, especially memories of all the times I had played these machines in my youth.
So despite what the fate of the Chameleon may be, for me Coleco and its Gemini will always (and ironically I might add) be one of my fondest memories of my time gaming with the Atari 2600 as a child.
By the way 30 million units is a lot, considering the Atari Jaguar was reported to have only sold between 250,000 to 1 million units. So if you had or have a Gemini or on of its Sears or Columbia House variants let me know.