In part 1 I gave a brief description of my experiences with Atari’s, specifically the 2600. I also left off telling you that I had finally gotten a 2600 Jr. 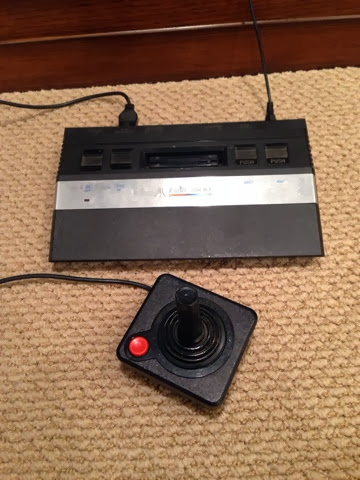 I’ve been shopping for another 2600 for about 2 months
but had yet to buy one, since as I said I have more important things my money needs to
go to. Finally though things worked out to where I had about $50 on me to get a
new system in mid-September. I started out on eBay watching this “Darth Vader”
system with games and adaptors, but I couldn’t get the seller to answer my
questions and the thing sold very quickly. Luckily I had a few other systems in
mind, but that weekend the pickings where slim. As I looked at all of them
there was one thing that had occurred to me, most of them looked nothing
like the 2600 I use to have, there where the “Darth Vaders”, the “Woody’s”, the
“Heaver Sixers”, and so on but not what I had last. Then when I was looking at a 7800  and it hit me that my
last system resembled the 7800 with it’s looks and switches, but I knew for
certain I didn’t have a 7800. Then while trying to figure out what I did have I
came across an Atari 2600 collecting app for my iPad, which as well as listing
games, also listed some of the more popular 2600 counsels that where made, including
a little unit called the Atari 2600 Jr.
Pretty soon I started keywording Atari 2600 Jr in eBay, and
I found a few of them. Of course wading through and separating the “working” from
the “for parts only” sales left me with fewer options. I also had no 2600 games,
controllers, power supply, or RF adaptor so I had to find a system that would
have all that too. Finally I found a 2600 Jr., with 13 games, one controller,
and a power supply. There was no RF adaptor but I figured a trip to Radio Shack
could fix that, and I could live temporarily with one controller. So I bought
the little jobber all said and done for $46. 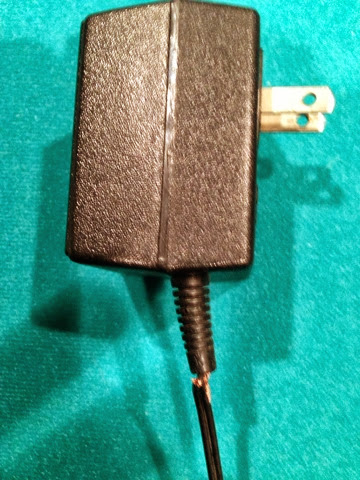 I bought it on Saturday, and it arrived on Wednesday, which
is not a good day in my house due to long soccer practices those evenings and
later dinners to go with it. But anxious to see my 2600 in action I plugged it in, but
to my dismay nothing happened. No game, no noises, nothing at all. My wife who
was a bit perturbed at me even buying this system, was even more upset that I
may have purchased a broken one. It was late in the evening though, and we where
all tired so I put the system aside to work on later. It would be Friday night
till I could work on it again, and even then I was very rushed. But it was at this
point I figured out what the problem might be or at least one of them to the
best of my knowledge. I turns out the power adaptor had a cut in it at the
point where the wire came into the adaptor, now this could have happen in
shipping but I doubt it. It was just cut and there was no way of fixing it, I
tried but it was “Game Over” for that adaptor. I looked in my box of old wires
and adaptors and I had nothing to replace it with. Not only because 9V’s output
(like a smoke detector) is odd, but the adaptor has a 3.5mm end like a pair of
headphones.
To say the least I was a little hot under the collar
believing I had been sold bad merchandise, and I shot an e-mail out to the
seller right away. Luckily, the guy was pretty honest credited $10 back to me
which was enough to buy a brand new adaptor. Of course that made me happy, but
not at the same time, I wanted to play Atari 2600 games that weekend. Of course
this also cast doubt on the system itself since I didn’t know if it would work
at all. So I bought the new adaptor that weekend and I had it by the following
Tuesday, and had a few brief seconds that evening to plug it in and check it
out. Guess what? It worked, the system powered up just fine, but the picture
sucked. I couldn’t blame that on the seller though since I bought the system
without the RF adaptor. I tried barrowing the RF adaptor from the NES to see it
that would work but had no luck.

On its website Radio Shack sells a brand called “Gigaware”,
which seems to specialize in video game adaptors, and adaptors that allow you
to retrofit your gaming systems to your TV. They sell this universal RF adaptor
for about $5 that allows your to hook anything up from Atari to XBOX 360 via a
good old fashion coaxial link. Luckily, I don’t need that for other systems but
for $5 I figured why not. But I guess you can’t buy those at Radio Shack
stores, since they had no idea what I was taking about, and on looking it up in
their system I was told “Sorry sir, online only!”. Well whatever, it took me
forever to get over to that GD’d Radio Shack and they didn’t even have the
part, but I did find an RCA to RF adaptor. The silly thing is nothing more then
as Coaxial input on one side and a single RCA input on the other, about a 1 ½”
long, and $0.40 worth of material. It was on clearance though, and all said and
done I paid $1.34. 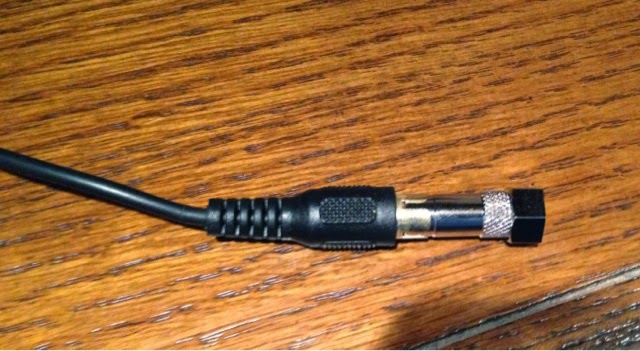 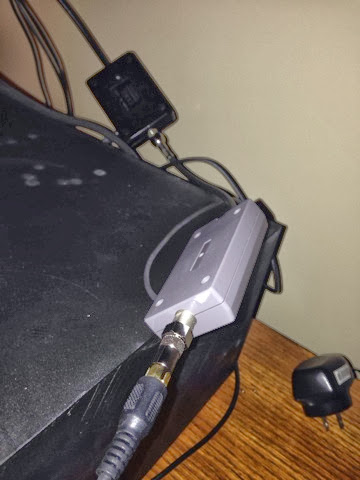 The true test came when I finally got it home and
plugged it in. It worked, after a bit of channel jumping, and switching things.
There is a bit of fuzziness and lines on the screen but it’s tolerable and
looks good in HD. So now I have an Atari 2600 up and working.