As many of you may know from reading some my previous articles, I’ve always been somewhat of a big flight sim nut. This is part of the reason why my initial NES collection was filled with aviation-based games, and many of them weren’t all that awesome. This is also the reason why I would eventually leave behind console gaming to go to PC gaming, since PCs do and did in fact have more realistic flight sims.
Going back to my NES though, there were two games I wanted very badly after I first got my NES. One was Top Gun, the other After Burner. I remember being in the electronics section of a Venture store (remember those?) and coming across Tengen games for $19.99 on sale. With great titles such as RBI, After Burner, and Gauntlet, it was hard for me to decide  which to buy, with $20 burning a whole in my 12 year old pocket. My first choice was After Burner but I came back a few minutes later for RBI. Now I know what your thinking “wait didn’t he just say he was a huge flight sim nut?”. Well yes, but I didn’t have any sports games and RBI had a pretty good rep, plus it was spring and baseball season. 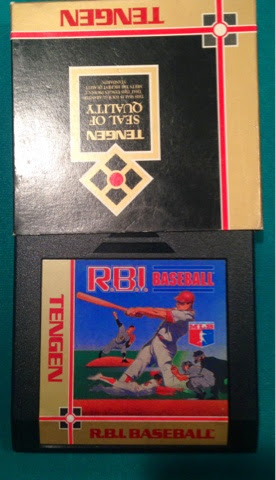 I was, and still am, glad I bought RBI that day. My brother-in-law and I must have spent hours playing it in two player mode, and on my own, even more hours playing it in one player mode while the AI cheated. To this day I can even sometimes hear the in game music play as I watch my son play real life baseball.

A couple years later I would finally pick up After Burner as well as Top Gun at a Funcoland. After Burner really impressed me and was a lot of fun to play, even for a rail shooter. I remember looking at RBI, and After Burner on my NES gamestand and thinking how much I loved those odd shaped cartridges and black and gold color scheme. As a kid I remember thinking that the odd shape of the cartridge was so that Tengen could differentiate their products. 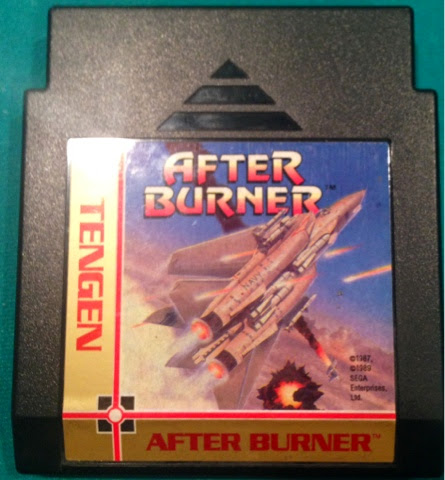 Flash forward 22 years and I find myself playing Realsports Baseball on the Atari 2600. This was one of the last Baseball games made for the 2600 in the late 80’s, as the 2600 Jr and Atari 7800 shared Atari’s dwindling market. As I played though I couldn’t help thinking that something was so familiar about it, and as I thought about it there was even something familiar about all of the Atari baseball games to proceed it.  I stopped playing and didn’t give it any more thought. 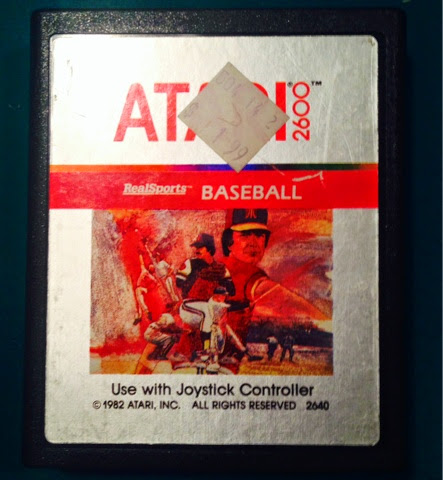 Then about a month or so ago I was writing my article on Alamogordo, and found some interesting things out about Tengen. Atari lost control of the video game market leading up to the crash because of all the pirating and reverse engineering, that lead up to market over-saturation. In order to prevent this in its time, Nintendo created a lockout chip that third party developers had to get permission ($) to get around. It turns out however that my favorite NES developer Tengen, through some legal maneuvering managed to get it self around the lockout chip. In the course of Tengens legal maneuvering they also designed their cartridges to look different from Nintendo’s to get around any kind of patent infringement as well. So the odd black cartidge wasn’t just product differentiation but a legal loophole.
If all that isn’t interesting enough prepare yourself for this irony. It turns out that Tengen was a subsidiary Atari. Yes, the very company that almost lost its ass in gen 2 due to the lack of a lockout chip was now trying to do the same to others. So when I knew Realsports Baseball felt so familiar it was because it was a slightly simpler version if RBI.
At first this is all a bit shocking, but as you think about it, you begin to see the genius of it all. It’s like the old saying “if you can’t beat em’ join em’!”. Atari executives where wise enough to know the Atari 7800 just wasn’t enough to take on the NES. So skillfully and very thoughtfully they found a way to enter the NES market under a different name and used an old trick, once used against them, on a new competitor. The Tengen label would have no shortage of legal issues, and even more controversy would surround their release of Tetris on the NES, which would eventually lead to the game being published on a Nintendo label. 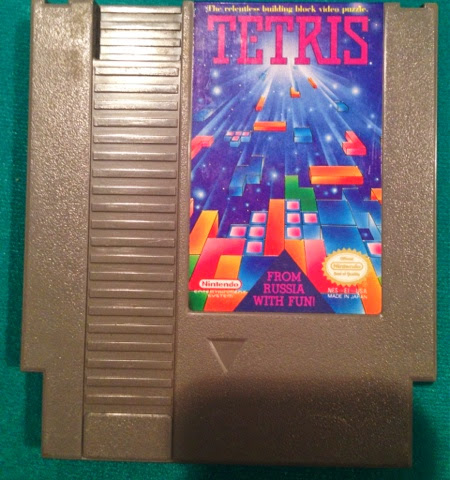 Tengen’s legacy would last until Gen 4, when they would release titles for various 16-bit systems, including the Sega Genesis, and TurboGrafx-16. But the company itself would close in 1994 after Atari’s new parent company Time-Warner decided the division had run its course. 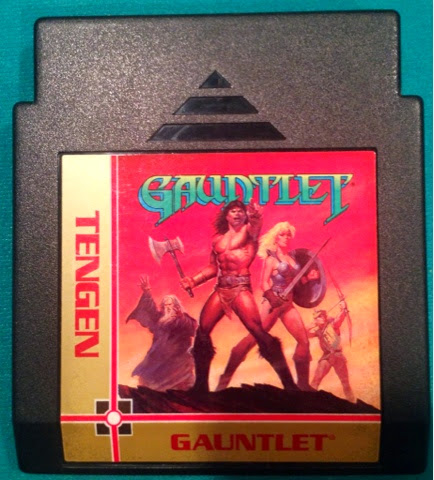 Tengen would leave a lasting legacy on retro gaming though especially with regards to the NES. The afore mentioned RBI, After Burner, and Gauntlet are just a few of the many titles to don the gold label and red diamonds, on the angled black cart. Perhaps it’s just my love and fond memories for these old titles, or perhaps it’s the connection to Atari I now know about, but for me Tengen and it’s games will always be one of the things I love best about the old NES era.