I’m not stranger to Atari’s, or its compatibles. As a small
boy we had Coleco Geminis, Sears game systems, and actual Atari’s. I remember when
I was 5 or 6 we fried one of the Colecos, and one of the Sears, but of course we are talking
between 1983 and 1985 when these systems where a dime a dozen and my folks
could pick up replacements for a few bucks. After we fried the last Sears
system, my Mom came home with an Atari 5200 and some games one day. No matter what
anybody says about the 5200, I loved mine it was awesome, but that’s a story
for a different time. 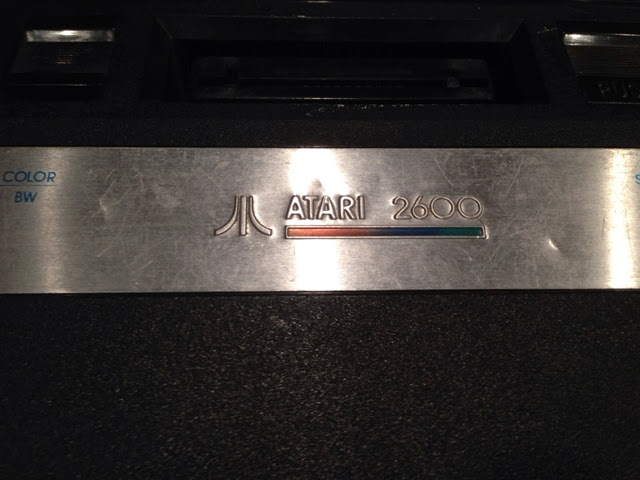 I loved my Atari 2600 Jr, and I played it all the way up to
Christmas of 1989 when I got my NES. One of my fondest memories of the 2600 is
a day we went to a rummage sale and I picked up a plastic container of 10 games
for $0.50, all of which worked too. I spent my summer playing those, and playing
with a friend from down the road who was also into the 2600 as well. I remember one of my favorite
games of the time being Skyjinks, which was an airplane slalom game from activision and feed my love for aviation since I wanted to become a pilot when I was younger and this and Barnstorming where as close as I could come to a flight sim. To say
the least when the NES came the 2600 and 5200 went into the same box and into
the attic. Finally in 1993 I gave the systems to my sister since she was a huge
Demon Attack fan and I figured she would like relieve those memories. She still has both systems to this day but they are buried in her crawlspace somewhere.
When I got back into retro gaming I decided I wanted to get
an Atari 2600, a 5200, and 7800. But having a family and needing to spend money
on more important things, I have only gotten the 2600 so far, and of course
it’s a 2600 Jr.
In part 2 I will tell you about adopting this old school
technology to a modern TV set up, and some of the other issues and fun I have
had.