The year was 1990 and after getting an NES for Christmas of
1989 I decided I wanted to get a Game Boy that Spring.  Portable gaming
on the level of the Game Boy was still a fairly new concept at the time, and after being one
of the last kids out of the gate with my NES, I wanted to be the first out of 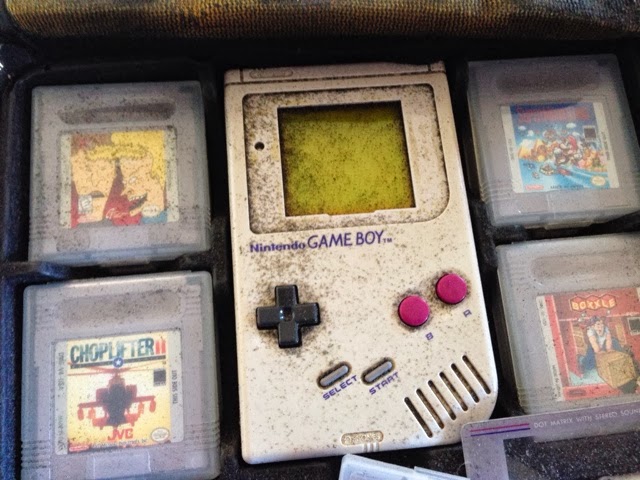 the gate with a Game Boy. So I conned either my sister or my Mom into putting a Game Boy
on layaway for me at Wal-mart, and with my allowance money paid it off after 10
weeks.
I got my Gameboy only about a year after it came out, and I
was the first kid at my school to have one. It was an amazing experience to get one, since I
could game away hours on Saturday’s sitting in the car on shopping trips, in
doctors office waiting rooms, or while my parents watched something boring on
TV. But with a Gameboy I had to spend a ton on batteries, and I had to choose
between buying games for my NES or my Game Boy and the latter usually won.
To say the least both my Game Boy and NES got set aside when
I got into PC gaming in the mid-90’s. For the most part my Game Boy spent its
time from then on having my Dad play Tetris on it. But the Game Boy was always in the living room waiting to be played. In 2000 I bought a Game Boy Color while on a extended trip to help me waste hours in hotel rooms, and it too eventually got stored next to the old game boy in the living
room. 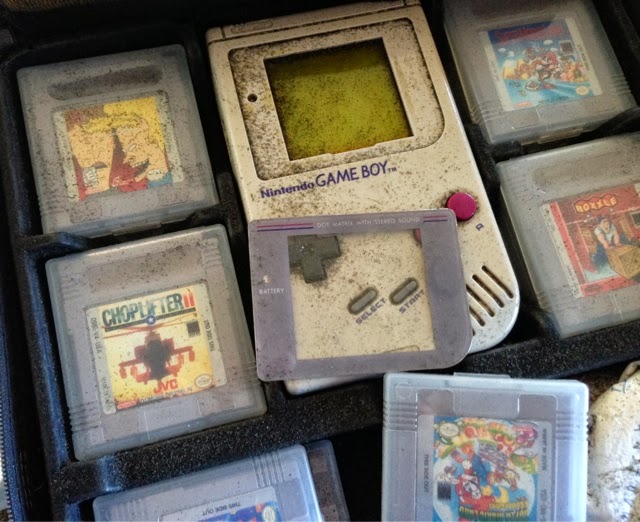 Last year I opened the old Game Boy case to find that the
plastic screen cover had fallen off. Apparently the glue just gave out and now
its loose, which I understand is common for these units at this age. On top of that for whatever reason my original Game Boy case’s foam cover is turning into a black dust. So to say the least there are a few reminders here as to how long this things have been with me. 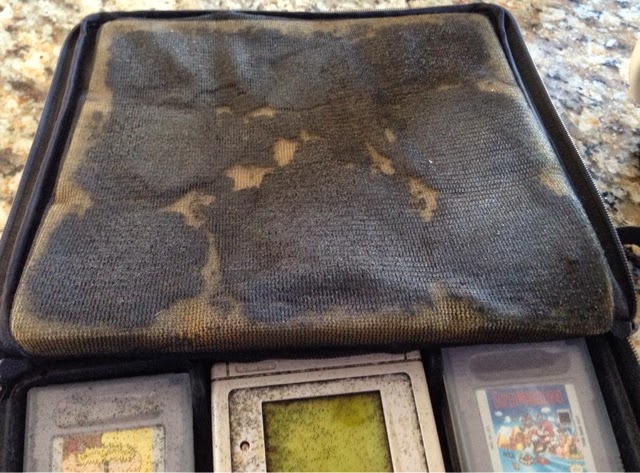 Anyway the Game Boy and its games have been cleaned up since these photos were taken and
for the most part the black dust is gone and everything is working. But how do I fix this screen? Well it turns out that since this is a common issue, repro screens are out there and come with special adhesive on them. Luckily, for me a local retro gaming store fixes old systems, and they did the repair removing the old adhesive, and attaching the new screen, as well as giving the old system a good cleanup from the foam dust.
Do you still have your original Game Boy, and have you had this issue? Let me know.
Game On!