Pardon Me Nintendo, I think you forgot something!!

So I’m downstairs in my game room, in front of the TV, sitting on the floor and just staring at one of the shelves under the TV with my NES, N64, and Wii in it. My first thought is what strange roommates the three are, then it hits me that the three all have one more thing in common than just being Nintendo consoles, they are also the units released in the odd numbered game generations. The NES gen 3, N64 gen 5, and Wii gen 7. Did I do this on purpose? Well, no actually, it’s just how it all worked out thanks to that whole top loader/side loader thing. Which is why Nintendo’s gen 4 entrant the SNES, and gen 6 entrant the GameCube site side by side in an adjoining shelf, and the gen 8 entrant the WiiU, someplace totally different. 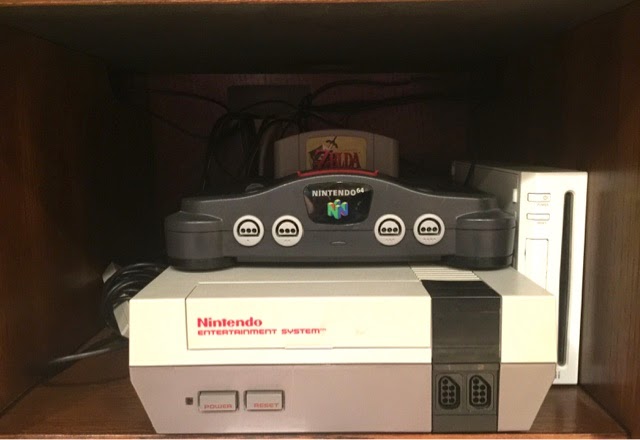 So I sat a little while longer staring at the lineage of these systems, and I thought how it was really  too bad that I didn’t have a Nintendo gen 1 or 2 system to bring everything together. Then it hit me that although Nintendo had a gen 1 systems they never made a gen 2 entrant. That’s right, there is not a direct lineage between Nintendo’s ColorTV in gen 1 to our much beloved WiiU! Or is there?

Nintendo’s Famicom is seen as the first of the gen 3 systems, and the somewhat ugly brother of the NES. The Famicom which was largely released in Japan, but saw a few imports to the US, made its debut in an interesting year especially considering what was going on with its “gen 2” contemporary’s. 1983 after all was the year the Atari 5200 would stop being produced, the year the Intellivision would be released in Japan, the same year the Colecovision would produce both its highest and lowest sales figures, and also the same year Atari would dispose of excess inventory in an Alamogordo garbage dump. Although market demand in Japan was ripe for a new video game console, here in the U.S. 1983 was the infamous year of the “Great Video Game Market Crash”.

So it needs to be asked if the Famicom was actually a late gen 2 entrant? Based on the timeline the answer should be, yes! On the other hand based on what the Famicom was able to do, the answer is a resounding no! Although the Famicom was released in the world of the Atari 2600, 5200, Intellivision, and Colecovision, the Famicom even in its earliest stages was already producing next gen graphics. Although the Atari 5200, Intellivision, and Colecovision were able to produce better looking and playing games than the Atari 2600 all these systems still produced the blocky and simple 8-bit graphics highly indicative of gen 2, especially since all four of these systems released many of the same titles. 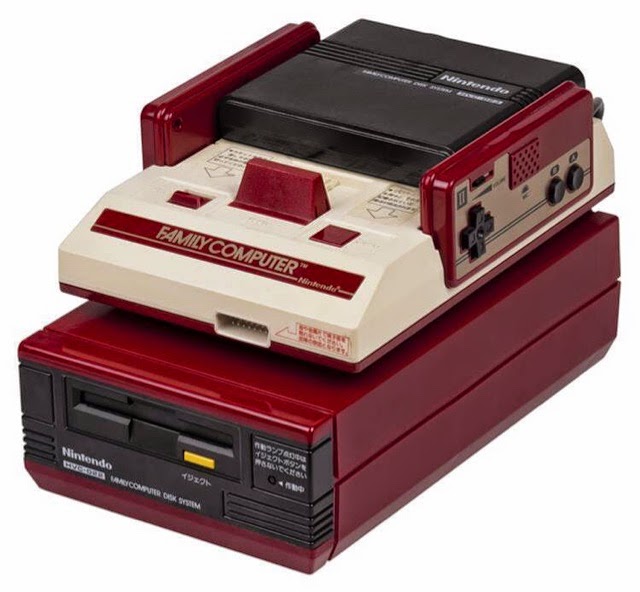 The Famicom produced a richer and more in depth 8-bit look that all of us familiar with the NES know. As a matter of fact many of the early Famicom titles became what we know as the “Black Box” titles released with the early NES.  Using the game Mario Brothers a gen 2 staple and one of the “Black Box” releases one can almost do an apples to apples comparison between what gen 2 systems like the Atari 5200 could do with the game, and what the Famicom and later NES could do with it. The contrast is more then noticeable as the gen 3 version gives us a lot more detail, and in some cases deeper game play, or levels not seen outside of the arcade.

So despite being birthed in the waning gen 2 era, its pretty clear that the Famicom was anything but a gen 2 console. So with that said we are back to where we started with fact that Nintendo never produced a gen 2 system. So the lineage from NES to Wii U is the closest we are going to come for the gaming dynasty.