That’s right I’m going to be talking about the Atari 5200 again! If you read my Retro Gaming New Years Resolutions  you probably know that one of my resolutions for this year was to get both an Atari 5200 and 7800 added to my collection. Thankfully some excellent finds on eBay have allowed me to get both systems recently, and my beloved 5200 was the first to arrive at my house.

My personal history with the Atari 5200 dates back to 1987 when I came home from school one day and my Mom presented me an Atari 5200 and some games that she had gotten from an ad in the paper. I was never a huge video game nut as a kid but I did enjoy getting these systems when they bought them for me. My father hooked it up to the back of our early 70’s Zenith wood console TV, and I was off an running usually playing it for an hour or so after school everyday. I remember some of the games she bought home with it like Popeye, Q*Bert, Qix, Mario Brothers, and a few others that pop in my mind from time to time. I also remember going to a store we had in the Midwest named Zayre’s, and buying Jungle Hunt, and later buying my favorite 5200 game Berzerk. 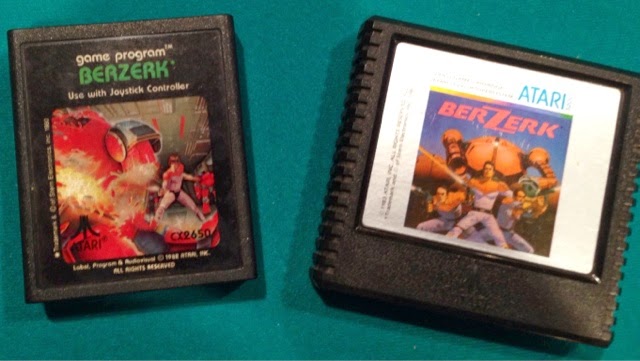 I can’t remember why I stopped eventually using the 5200 whether it was due to it breaking or something else, but I would have my Atari 2600 Jr. to replace it by the end of 1988. I think one of the main issues I had was that after a certain point I couldn’t find anymore games for it, and the VCS cartridge adapter that would have allowed my to play some of the 2600 games I still had, seemed almost non-existent in that era long before eBay. With all that said though and for whatever reason I stopped using my 5200. I have a lot of really fond memories for the hours I spent playing games on that system. This includes a memory of the night we bought home Berzerk and my sister and I playing it and cracking up at the computer voice, the stupidity of the suicidal robots, and that murderous smiley face.
As much as I loved my 5200 as a kid I didn’t feel much of a longing for it until last year when I bought another Atari 2600 Jr, and got a few games to go with it like Berzerk. As good as it was to play Berzerk again it just wasn’t the same game on the 2600 as it was the 5200. It’s still a game of running from room to room shooting up robots, but without the sound effects it seemed like a totally different game. Robotic voices saying “Kill the humanoid! Kill the intruder!”, and “Chicken, fight like a robot” really make the game a more enjoyable if not more humorous experience overall. Then I began to think that maybe it was just my sentimentality for Berzerk until I played Popeye, Q*Bert, Super Breakout, and Space Invaders on the 2600 and realized that gameplay on the 5200 was entirely different and dare I say it better on the Atari 5200 over the 2600. 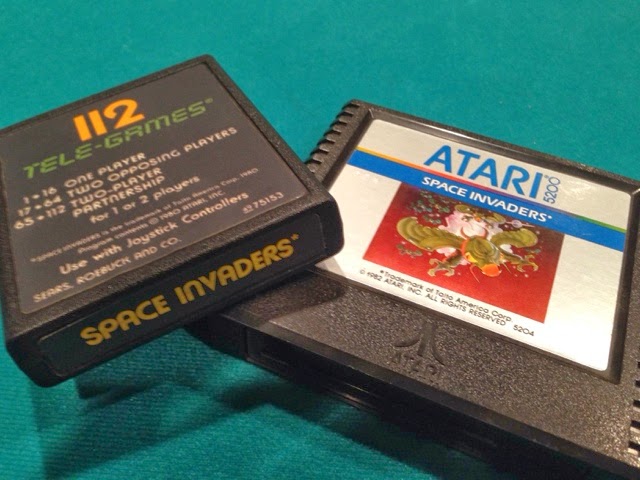 Of course now that I have a 5200 I will have a chance to see if my recollections of gameplay are purely fond memories or a reality, there will be more to come on that.