I Emulate You Man, I Really Do: Part 2 – Together Yet Separate

Ok, I know its pretty much been forever since I last visited this series and its a little odd coming back to it after two years. At the same time though I’ve learned a lot in the last two years, and I’ve had the chance to experience emulations in a lot of more ways than I had originally thought I could. In that same respect I’ve also found out that there area lot of folks out there who want to give emulation a try but have no idea, how or where, to start.

Due to copy write laws it is technically illegal to emulate a game unless you own a hard-copy of said game (i.e. a cartridge, CD-Rom, Etc..), or have purchased your emulated copy through a reputable provider (ala Steam, GoG, Nintendo Virtual Console or the like) and have license to hold an electronic copy of said game.

This is just one of those FYI things, although its nearly impossible to know who has “illegal” copies, and/or where they got them from. I can suggest however, that buying electronic copies of old games from Steam or GoG isn’t a bad way to go. Steam and GoG provide you with well supported methods of playing these older games, including self booting versions of DOS-Box, and reference materials.

Essentially there are two different ways of emulating games, Hardware Emulation, and Software Emulation. Both have their benefits and drawbacks: 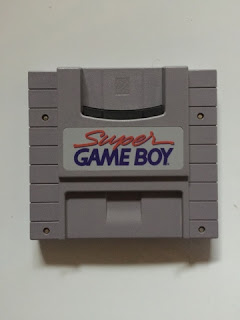 This means that your are using some sort of device to emulate games from another and/or older system. To be honest this is nothing new and has been a fairly good way of emulating in the past, and has been a favorite method of Nintendo’s up to the current WiiU and 3DS. For instance look at a little device known as the Super Game Boy from the SNES era. This enlarged SNES cart was actually fitted with Game Boy hardware inside, and using that hardware, it played any Game Boy game put into it. It only used the SNES console as a way of projecting screen output, and of receiving user inputs via the SNES’s D-pad controllers. Since then, systems like the GameCube had hardware add-ons for playing Game Boy, and GBA carts. Its successor  the Wii could play GameCube games, followed by the WiiU which could play Wii games (although some would argue, the WiiU is just the HD version of the Wii). On Nintendo’s portable side, the early models of the small screen DS could accept GBA games, through a cartridge slot is on the bottom, while the 3DS can play DS games (although once again there is little difference in the two systems to begin with). 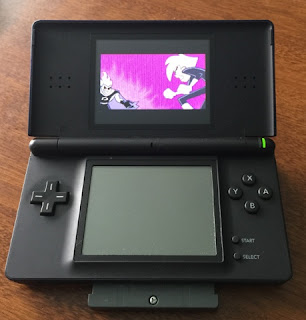 Outside of the world of Nintendo, hardware emulation has crept up elsewhere. Some in the form of the various Retron systems, up to and including the Retron 5. While other examples come from early gaming, like Sega’s Power Base Converter which allowed the Sega Genesis (Mega-Drive) to play Master System games, and the Atari 2600 Game Adapter, which allowed the Atari 5200 to play 2600 games. Of course you could also say that the Atari 7800 hardware emulated Atari 2600 games, but once again you are getting into a similar Wii to WiiU, and DS to 3DS debate (oh and PS1 to PS2). 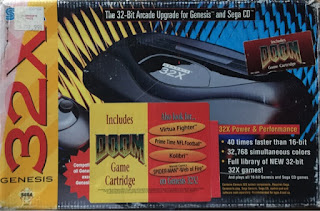 Lastly. and more strangely there is also Sega’s 32x which was essentially a reverse emulator allowing the 16-bit Sega Genesis (Mega-Drive) to upwards emulate the supposedly 32-bit games of the 32x. Although the 32x had its own hardware inside the unit relied heavily on its 16-bit mothership to allow play-ablity.

A video game or any software program is usually stored on some sort of media as a ROM (Read Only Memory). ROM storage devices have been cartridges, CD-ROM’s (doy!), floopy disks or whatever method a system might use, meaning every video game from Pong on arcade machines to Halo 5 on XBox One is stored on something in its entirety as a ROM.

Software emulation is basically taking a ROM, and through some sort of software or another opening and playing that ROM. DOS-Box for instance, is a modern program that allows you to use DOS based applications on a modern computer such as one running Windows 10. One great example of this in action is the afore mentioned online game store GoG (Good Old Games) which will not only sell you a legal copies of a DOS based games ROM in electronic format, but will also provide you with a DOS-Box front end to play that game. Here DOS-Box acts as an interface between the ROM, and the modern system. DOS-Box manages this by taking what it needs from the system to play that game as it was meant to be experienced, even if that means its essentially dumbing down the newer systems capability’s. GoG, of course is just one of many examples on PC, on consoles we have Nintendo’s Virtual Console on Wii, Wii U, and 3DS, XBox Live on Xbox 360 and One, and PSN on PS3 and 4, all three of these services offer older games, with a built in emulator to allow the overpowered Gen 7 and 8 systems to play these games, also in some cases enhancing them.

But, not every game you want or miss from your past is going to be available on one of these sources. This is where other forms of software emulation come in and there are many of them for all different types of platforms. There are emulators and ROMs online for everything from actual arcade games to something as new as DS and Wii games, with stops in between for rarer systems like the NeoGeo, Sega 32x, or Atari Jaguar. The only major issue here though is that the hunt for good emulators and ROM’s can lead you to some really skeezy websites, and get you a destructive virus, spyware, or ad based Trojan rather than your favorite game. However, have no fear, having been playing with emulators over the past two years I have come up with a good source that I can share with you. If your looking for system emulators or ROM’s, you may want to check by a Emuparadise (www.emuparadise.me). Emuparadise, is one of the few emulation sites I’ve found that isn’t laden with potential computer disasters. The only downside is that you may have to sit through a 30 second ad to download your ROM or emulator, but hey 30 seconds of toothpaste ad is a fair price to pay for the hours of joy The Legend of Zelda: Four Swords, or whatever your choice is, may bring you.

Although it may sound like the best of both worlds being able to play old games on new systems, they do have their drawbacks.

Both hardware and software emulations have at times been known to have control issues within the games themselves. By this I mean that an emulated program may have a delay between your control methodology, and what happens on the screen. For the most part we are talking no more then half a second or so, but in some games that half second delay may make a game unplayable.

It’s also not uncommon for there to be issues with game music or sound effects with software emulated programs. This may be in part to the ROM or the emulator one is using,  but the complaint is one I’ve heard before and often. Sometimes the sound effects or music are too loud, or the original music has been swapped out for something else, or the music or sound effects are heavily distorted. No matter what the issue is,  these things and a variety of other issues may happen.

This is a problem that happens on both hardware and software emulation with the latter being (you guessed it) the more common of the two. When talking about ROM’s being uploaded and downloaded, there is a chance of file degradation along the way, as these programs travel and are used outside their natural environments. This is bound to happen from time to time.

As previously mentioned hunting for ROM’s and emulators online can be tricky, and you may end up with a disaster on your hands.

Hopefully you have taken something out of this that will serve you well as you journey to relive your favorite games via emulation. Keep in mind that emulation does allow you to play games from different platforms without having to invest in all those original platforms and games. Emulation is inexpensive because you can either buy titles cheaply on sites such as GoG, Steam, or virtual console, or even find them for free online. This means you can build a huge library of games that won’t cost much or take up any space. Also, some emulators offer save states on games, that didn’t previously exist on those games, which is a nice feature especially if you are an adult with kids.

One of my current emulated (semi-emulated) loves has to be Homeworld: Remastered available through Steam. Homeworld was a classic RTS on the Windows 95/98/ME platform and has since, do to a lot of loving fans, been remastered for 4k HD. The remastered part is basically a Windows 8/10 program, but you also have the option of playing the original version which is emulated from the Windows 95/98/ME original. You may want to check it out.

Good Luck, and have fun with your old games on emulation!!!