When 2013 drew to an end my final count of Atari 2600 games collected in 2013 numbered 85. This isn’t too bad considering I didn’t start collecting until mid-October. 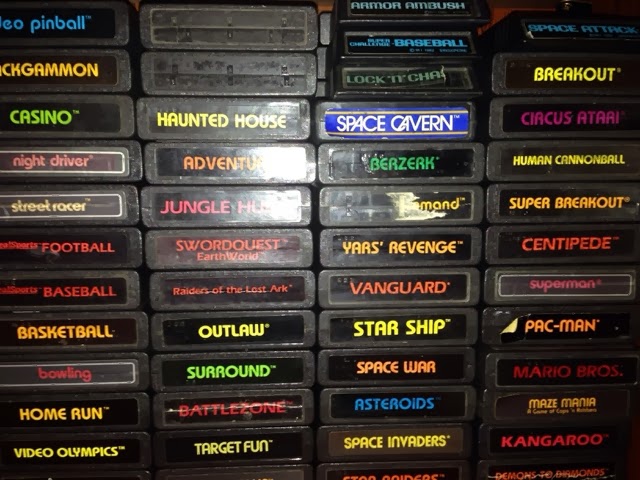 But even though 85 is an impressive number there is some debate among Atari 2600 game collectors as to what number of games actually makes a serious collector. Some say that the 60 mark takes you into the realm of serious collecting what others seem to agree that the 90 mark is where the serious collection kicks in.
As a kid with an Atari 2600 and remembering other folks around me with 2600s the average amount of games per person seemed to range between 20 and 30. Anything above those numbers  indicated that a person was an enthusiast of the system and of gaming in general. So to me the 60 mark seems a good indicator that a person has entered into the realm of serious collecting of Atari 2600 games, yet at the same time I believe there’s definitely some credence to the 90 mark.
You see looking just at the 85 games I collected in 2013 I see a lot of what one might call “essentials”. To put it another way those core Atari (including 3rd party) games that really exemplify, if not define, the Atari 2600 experience. Games like Missile Command, Space Invaders, Demon Attack, Laser Blast, and Centipede to name a few are such games synonymous with the Atari 2600 that can all be narrowed down into the 90 number some collectors have claimed.
But here’s something else that I have found to be true about the 90 in question.  These games where so popular that manufacturers flooded the market with them, to the point nearly 30 years later many of them can be purchase for a $1 or less, and in lots too, meaning that for the collector most of those games in the 90 are easy to come by. As an example try buying Atari 2600 games on eBay, by the lot, without getting Missile Command, or Defender, or Pac-Man as one of the games mixed in. On the other hand though try defining the Atari 2600 experience without these games. It’s definitely a paradox in the world of Atari 2600 collecting.
So far in 2014 though I have climbed past the 85 games and have entered the triple digits. But I’m now becoming aware that games are becoming a little harder to come by so easily and cheaply. I think this has a great deal to do with that fact that I have gone past the 90 mark of the most popular and most produced games and I’m beginning to collect games that aren’t necessarily those 2600 quintessential classics but those games that where produced for the true gamer and/or were unique due to manufacturing or game content. 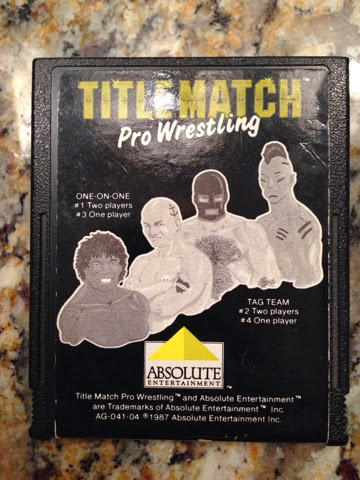 One recent buy is Titlematch Pro Wrestling, by Absolute Entertainment. This is one of those titles unknown to the casual 2600 collector. The gameplay reminds me of Pro-Wrestling on the NES, and is really impressive to see on an Atari 2600. Of course this game cost me $6 which isn’t a fortune, but it’s a lot higher than the $2 or less I have been paying for 2600 games thus far. To say the least though leaving the 90 game comfort zone I’m preparing to pay more for, and have games that go outside of the 2600’s normal faire.
Of course I realize that there are supposedly as many as 500 games on the Atari 2600, and 90 is just scratching the surface, but I have to ask how many games makes someone a serious collector.