A Look at the Evolution on Controllers

To me controllers are the unsung heroes of video gaming. Everyone talks about the consoles and the games but the controllers get very little attention in the grand scheme of things. Sure we might say a controller is good or bad, or remark how certain games use or don’t use the controller properly, but there doesn’t seen to be much focus on the most important device that let’s us actually play the games we love.
So today I’m going to focus on a what I would call the 10 most influential controllers in the evolution of console gaming.
#1 – The Atari 2600 controller 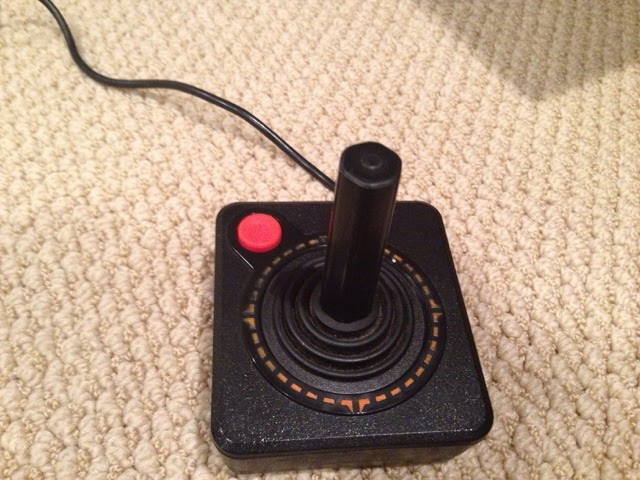 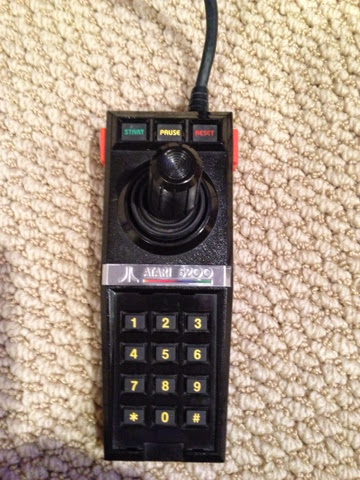 The Atari 5200 controller is probably one of the most maligned controllers of all time. This is mainly do to the fact that it’s joystick is not self centering, and will calibrate itself to whatever position the joystick is in when turned on. However there are a few things about this controller that made it innovative, and even changed the way we game.
What’s important about this controller?
The 5200 is the first controller to take the ability to start or reset a game off the physical console and put it more conveniently in the players hands at the top of the controller.  The Atari 5200 controller was also the first controller to offer the player the ability to pause all games via the pause button on the controller.
The 5200 also featured a keypad, but with its short lifespan there were very few games that used the keypad in its entirety.
The Atari 5200 will sadly go down in history as having one of the worst controllers ever, but most retro gamers will give the controller it’s props for innovation and increased console control in the players hands.
#4 – The NES controller 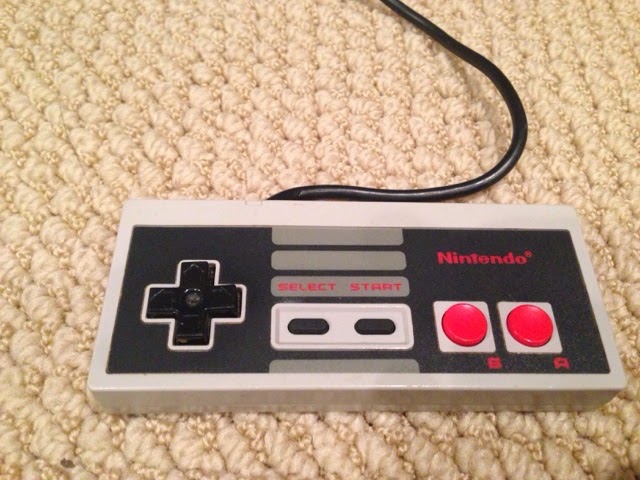 The NES controller was the shape of things to come. When we all started using it we adapted to it quickly, but we all had that “something’s missing” feeling using a d-pad over a joystick. Losing a game in a critical moment often gave us a chance to blame the d-pad, with that “well if I would have had a joystick…” excuse.
What’s Important about this controller?
The D-pad!  From here on out the d-pad is a staple of console gaming. Let’s also not forget those two buttons, from here on out we also entered a multi-button world.
Please note the start and select buttons on the NES controller, we have the Atari 5200 controller to thank for this innovation.
#5 – The Sega Genesis controller 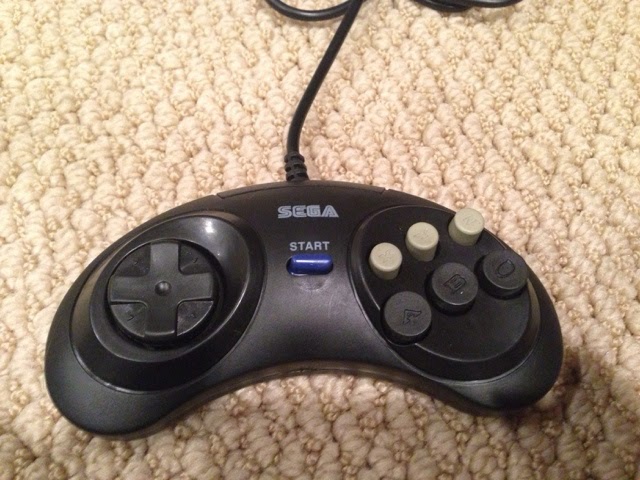 Why only have two buttons when you can have three? The extra button on the Genesis was a sign of things to come in generation 4 and the start of the 16-bit wars.
What’s Important about this controller?
Love it or hate it the Genesis’s extra button opened up the world of sports and fighting games on home consoles. The extra button meant extra moves and even more advanced combos. Let’s also talk about shape, that boomerang shape of Sega controllers was also a sign of things to come as ergonomics began to show up on controllers.
#6 – The SNES controller 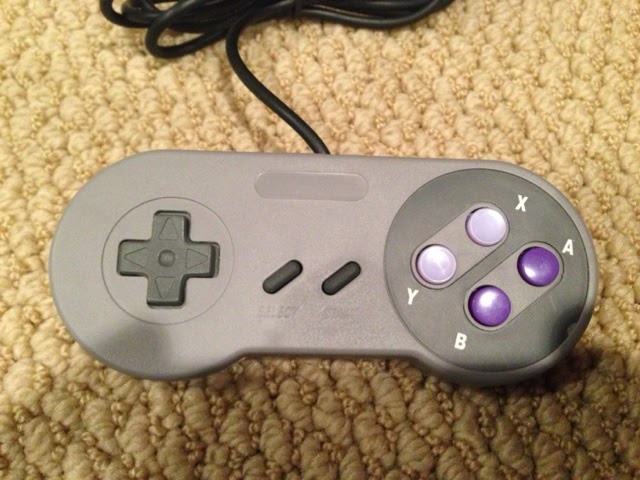 Ha-ha-ha, Sega jokes on you why have three buttons when you can have 4? Oh, and what’s this? Two more buttons on top, yeah got you suckers! All jokes aside this was a nice little controller and easy to adapt to after the NES controller.

What’s Important about this controller?
Get use to 4 buttons and Left and Right trigger buttons on the top of controllers moving forward.
#7 – The Playstation (1) controller 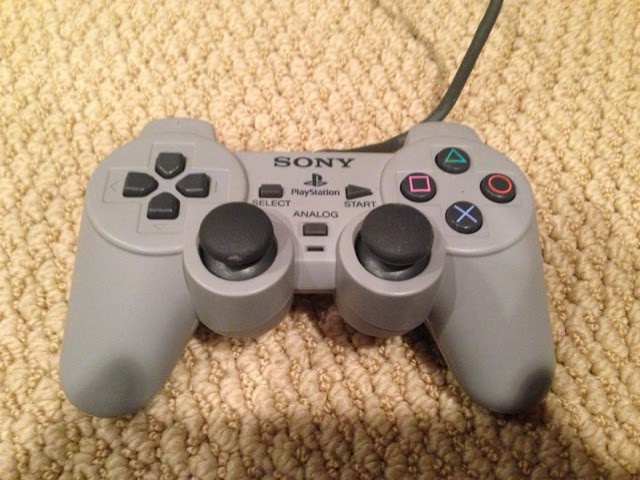 Remember seeing this bad boy for the first time? For me it looked and felt so futuristic, yet it was so intuitive and easy to use. But, look at what came before it and now take a look at this controller again. Analog joysticks via the Atari 2600,  duel controls via the Coleco Gemini, Start, and Select buttons via the Atari 5200, a D-pad via the NES, boomerang design via the Sega Genesis, four buttons and top triggers via the SNES.

What’s Important about this controller?

Darwinism applied to technology. Probably the most important thing about this controller is having analog and d-pad together, and done so in a compact ergonomic way. Oh, did I mention the built in rumble system too?
#8- The Sega Dreamcast controller

Are you ready to say yuk yet?
What’s Important about this controller?
Who ever heard of a controller with a screen in it, when your playing on a TV screen already? This oddball controller from Gen 6 actually plays a roll in Gen 8, with a little console called the WiiU. Think about it!
#9 – The Wii controller 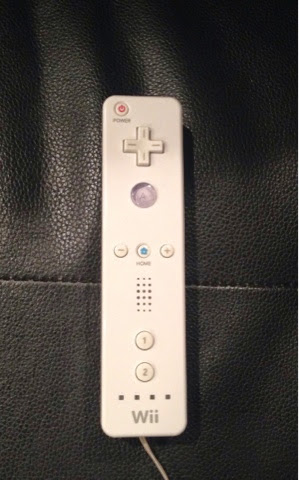 The Wii controller is a modern vertical wireless take on the NES controller. Turn it sideways and it basically is a NES controller. The Wii was probably one of the best systems for just having pure fun with, since the NES. It’s shape and wireless capabilities allowed it to be used in a myriad of ways, from a dart chucker, to a sword, a paddle, and even a steering wheel. I have a lot of great memories built on this one. EXCEPT for the stupid nun-chuck attachment!!
What’s Important about this controller?
Wireless, wireless, wireless!!! Wireless had been around since the Atari 2600, but the Wii is the first time wireless controllers came OEM, with a system, setting a standard moving forward.
#10 – The XBOX 360 controller 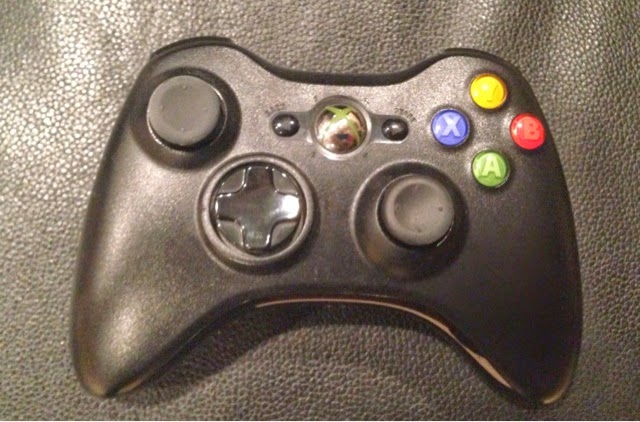 To me the XBox 360 controller is what all controllers designed before it have lead up to. It’s the Homo-Sapien of console controllers.
What’s Important about this controller?
Ergonomics – Boomarang design, and the placement of the analog sticks
Wireless – Step 10 feet away from your Wii and its controller stops working. Accidentally take your XBox 360 controller with you to your neighbors house, and you may find you unpuased your game or turned your console off while you were there. This thing is powerful baby!
Control – Analog, d-pad, four triggers, and four buttons all matched with fluid game play, and that ultra strong signal to keep you plugged in. Plus the magic silver X can turn you console on or off.
The XBox 360 and current Xbox One controller is the end all to end all in controller design.