Well, all I can say for this Friday is that I’m a bit shocked at both how quickly and how easily this week passed by. Of course it’s also been a big planning week, and week of working on household projects. As for this weekend I’m in the unique position of having a three day weekend thanks to Columbus Day on Monday and I’m hoping it translates into more play time. Of course it’s always weird having Columbus Day off because it’s still a regular work day for most, so although I have the day off the rest of the world can still pester me on that day.

Damage Inc (PS3) – This game was developed by Madcatz and comes with a unique joystick, specially made for the game. The game itself is pretty standard PS3 flight sim fare, but it’s the joystick and cool packaging that are they true selling factors. The joystick itself looks like it’s made up of components from a World War II fighter cockpit, and has the overall appearance of a US Navy fighter (like the F6F Hellcat) of the same era.

Capcom Classics Collection (PS2) – As I’ve said many times before in my blog the PS2 is probably the most prolific system ever, and one of the real instigating factors in the retro gaming movement due to its many retro game, and pinball collections. This Capcom version has many arcade classics on it including Street Fighter, 1942, and Final Fight.

Blazeon (SNES) – This is another SNES SHMUP and a relatively obscure one at that and I’m look forward to playing it.

Star Trek: Away Team (PC) – I hunted high and low for this one and found one CIB, but passed it over (due to price) and went for a simple secondary release DVD case type that was significantly cheaper. I guess this is a squad based RTS, so I look forward to playing it.

Super Nova (SNES) – a.k.a Darius Force, so I’ll have my second Darius title in as many weeks, and from what I’ve seen this one is very detailed and has great sound effects.

Battlestar Galactica (XBOX) – Still building my XBOX collection. This space game based on the original TV show, and seems to be a highly recommended title.

Grand Theft Auto IV (PS3) – Found this for $3 at my local GameStop, its a better deal then what I could get it for on eBay

Defiance (PS3) – Same as above. This one is based on a SyFy channel show from a few years back, that had a premise similar to Alien Nation.

Hyperzone (SNES) – Hyperzone is a mix between F-Zero and Space Harrier, but always comes pretty recommended

I was lucky enough this weekend to get myself to a yard sale where the guy had and old Coleco Pac-Man mini arcade for sale. To say the least it was good buy (complete), and a fraction of the eBay price. Here is some footage of this one in operation. 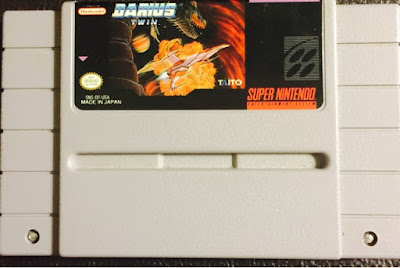 Darius Twin (SNES) – Holy smokes hard! After a half hour I’m still at the beginning of the first level. This one isn’t so much a bullet hell as it is a kamikaze hell, getting plowed into by every enemy. If you haven’t played any of the Darius games before, let me tell you that this is a sea creature based SHMUP. Not to say it’s an underwater based shooter, it’s just most of your larger enemies tend to be based on sea creatures. It’s odd I know, and I’m thinking it must be a Japanese thing. Anyway, Darius Twin does have a lot of fans, but most say the definitive Darius game is Darius Gaiden on the Saturn, which is an import (on par for one of the Saturn’s best games) and also comes with a definitive price too.  To say the least I’m returning to Darius Twin later this week since I want to get a bit further. 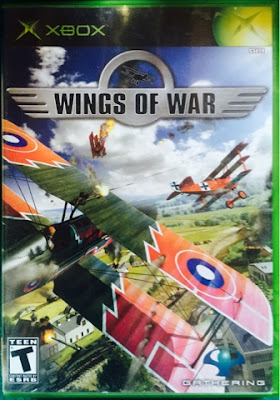 Wings of War (XBOX) – TAKE 2 – Ok, so as I said after the last time I was going to reach out to the seller to see if something could be done. Well, he/she apologized and refunded me in full without any need to return it. So I then took it up to my local retro video gaming store, and had it resurfaced which was only $1 for me as a regular customer. Plug it in today and…it still won’t work. I guess Wings of War is going to have to be written off. 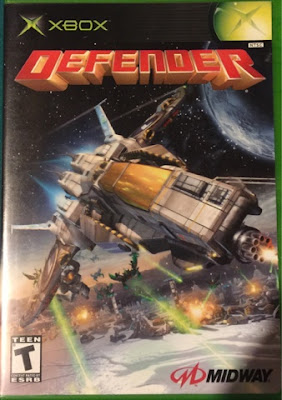 Defender (XBOX) – Again not an XBOX exclusive but a cool game nonetheless. I thought this one would be very generic, but believe it or not it’s actually a lot of fun and makes reference to both the original Defender as well as its sequel Stargate (no affiliation to the film and TV franchise). The stargates are essentially the fastest form of FTL travel in the Defender universe. Anyway, for a third person space ship shooter it’s not bad and surprising easy to play. I would actually recommend this one, and BTW it’s also on the PS2 and GameCube as well. 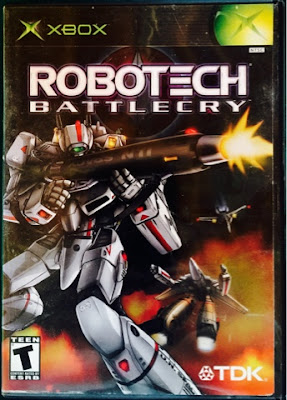 Robotech: Battlecry (XBOX) – Again this was one available on a few platforms. I was actually pretty blown away by this one, since it’s a fairly good flight sim set within a mech game. It was entertaining, and once you’re past the intro, it’s fast paced and truly a great video game in the truest sense. I don’t really know much about the Robotech universe, so perhaps a bit of it was lost on me, but it was fun anyway. 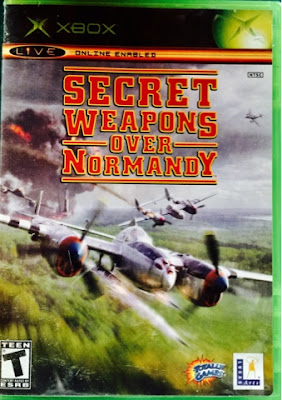 Secret Weapons Over Normandy (XBOX) – Multi-platform again. This is another entertaining title, and a lot of fun to play. For a console flight sim it’s actually one of the better ones I’ve played, and although it ignores instrumentation, there is still some actual flight physics involved. I enjoyed it and it scores well in my book. 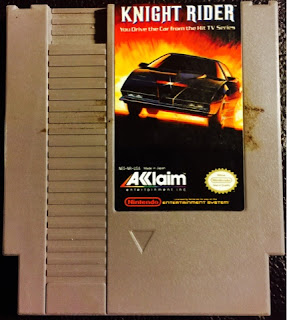 Knight Rider (NES) – This was in my prize package from The Retro League for being picked as listener of the month for August. When you hear the name Knight Rider you tend to be a bit skeptical, and immediately go into cheesy 80’s mode. To be honest though this is a good little game, and reminded me a lot of Fatal Run on the Atari 7800, whereby you basically travel from town to town on missions destroying the bad guys on the road in between and upgrading in town. No exploding cheerleaders here though! I was actually really entertained by this one, and had to come back to it.

Sadly, despite being a three day weekend Knight Rider was the last game I was able to get played this weekend. Columbus Day itself was spent on a household project that was no fun at all and literally took all day.

On another note the same day I bought the mini-arcade, I did go to look at an arcade machine, but the sale quickly went sideways when the seller seemed oblivious to the screen burn, and slightly beat up cabinet with a missing backboard. To say the least he tried to give me the whole I’ve got other people interested thing to which I replied “good luck” to say the least the other folks must not have been interested either since the machine is still for sale on local sites. But, I have a couple of other arcade machine bargains in the works.